Concussion has been thrust squarely into the public spotlight due to the media’s obsession with a suggested link between concussion and premature neurodegenerative conditions and a compromised quality of life. These days, sports concussions and head injuries in sport are closely scrutinised and monitored, with concussion now a high profile public health concern.

Awareness is a great thing, and I’m certainly thankful that increased media attention has accomplished that! But, if you have been reading the 10th man blog, you will know that I’m a ‘10th man skeptic’ when it comes to public health organisations getting hold of something, particularly when they don’t fully understand the practical realities of that something. From my perspective, public health initiatives tend to get a little overexcited, catastrophise things, and in their eagerness to do good, often race to unfounded and unsubstantiated solutions. Some of those decisions are undoubtedly fuelled by the media with a helping hand from a commercial sector that’s always ready to make an easy buck from the unwary.public health initiatives tend to catastrophise and race to unfounded & unsubstantiated solutions So I’ve taken myself back to the research and thought I’d present some thoughts on the state of play. Sifting through the literature turned up more than I was expecting, so I’ve split this into two blog posts to avoid overstimulating you!

But first a bit of a refresher/primer.
Concussions are minimal-to-mild traumatic brain injuries (mTBI), usually considered to be at the lower end of the severity continuum, and that remain a vaguely understood and complex phenomena. While most attention is given to sports concussions and their possible links with neurodegenerative diseases, this unfortunately deflects attention away from the high incidence of concussions that can result from a diverse range of other causes (e.g. falls, assaults, drunken antics and horseplay), and the short-term effects that these injuries can have on an individual’s quality of life. Regardless of the cause, a concussion is a concussion and a brain injury is a brain injury!

Concussion has been described as a ‘functional perturbation’ and is thought to normally not involve structural brain damage. Most concussions are fortunately relatively uncomplicated and recovery for 80–90% of concussed individuals is normally within 7–10 days and without complications. Why the other 10–20% are hampered with a prolonged or incomplete recovery is not yet well understood. Symptoms tend to have different recovery time courses that can be influenced by factors such as age, gender, and personality traits. As there are currently no reliable and valid biomarkers of concussion, a concussion is assumed to have occurred when there has been a history of head trauma with accompanying symptoms. In turn, the progression of recovery can really only be assessed on the basis of a resolution of those symptoms. Symptoms are, of course, not easily observable, so there is a heavy reliance on self-reporting.

Symptoms tend to vary widely between individuals in terms of the type and perceptions of severity and can include headaches, balance problems, sensitivity to light and sound, disorientation, nausea and vomiting, lightheadedness and an inability to concentrate. So while everyone experiencing a concussion is in a sense the same – they’ve all suffered a brain injury – they can differ widely on how the injury affects them. The insult to the brain with a concussion results in acute metabolic changes that normally correlate with symptom severity. During this early phase of brain functional healing there is a tenuous balance between energy demand and energy production. As both physical and cognitive activities are effectively in competition with a healing brain for energy, activity during the acute phase is theorised to magnify symptoms and prolong the duration of healing and persistence of symptoms. Minimising load on the brain during the early stages of recovery (rest from exercise and thinking) is thought to minimise symptom intensity and complications with recovery. During early phase brain healing there’s a tenuous balance between energy demand and energy production.

The physiological effects of concussion may persist for a period even after symptom resolution suggests a clinical recovery (McCrea et al, 2018). This is concerning as there may therefore be a window of cerebral vulnerability that extends beyond clinical recovery when the brain remains physiologically compromised and at increased risk of a secondary injury.

Prevention strategies
Well, the smart thinking with sports injuries, particularly with something like concussion that is notoriously so difficult to detect, monitor or treat, is to try and prevent the injury from occurring in the first place. Turns out that is not so easy! Headgear doesn’t stop it, mouthguards don’t prevent it, and neck strengthening strategies do not seem to reduce risk. The only way of truly preventing concussion in sport would be to prevent contact; that’s contact with other athletes, contact with the ground, and contact with any other objects such as balls, sticks or posts. So I’m going to stick my neck out and say preventing concussion is ‘near impossible’ unless you are able to avoid activity – which doesn’t sound very satisfactory at all!

A lot of sport concussions occur in the chaos of competition, so mechanisms of injury are pretty difficult to detect from the sideline. We’ve seen in televised sport that even with multiple camera angles and slow-motion replays, that it’s not possible to consistently observe or link a mechanism to head injury. To further compound things, an athlete may sustain a concussion but not present with concussion symptoms until some hours afterward (Hutchison et al, 2011).

Biomarkers: As described, diagnosis and recovery evaluations are currently dependent on self-reported symptoms. So, clinically, there is a real need for concussion biomarkers to provide an objective means of diagnosing and assessing the presence and severity of concussion in athletes. Many researchers have embraced this challenge, with so far, unremarkable progress. Churchill et al (2017) found reliable yet modest links between self-reported symptoms and measures of cerebral blood flow. Di Battista et al (2018) identified that blood biomarker concentration and MRI measures could distinguish between concussed athletes, athletes with a history of concussion and those with no history of concussion. Researchers have also explored the effect of brain injury on the autonomic nervous system by monitoring heart rate variability (e.g. Bishop et al, 2017) and cerebral blood flow responses (Mutch et al, 2018).
So far the research on different biomarkers shows promise for research projects but stops short of having any practical clinical utility. That is, these technologies can’t provide a definitive diagnosis, indicate injury severity,or provide a reliable means of monitoring recovery. McCrea et al (2017) state that the complex pathophysiology of concussion makes it highly unlikely that a single diagnostic/prognostic biomarker will be identified. They suggest that a clinical solution is likely to be found with an integrated use of imaging technology, fluid and genetic biomarkers. No doubt this research will continue to evolve.It’s highly unlikely that a single diagnostic biomarker will be found

Baseline testing: Testing to establish an individual’s preinjury neurocognitive function has been around since the 1980s with numerous commercial computerised versions being marketed to teams and organisations (e.g. secondary schools). The logic is appealing, as decisions on recovery could then be made based on one’s own baseline score. However, researchers have shown that these tests often produce a high number of failures at baseline, and scores tend to fluctuate which questions the validity of baseline data (e.g. Abeare et al, 2018; Katz et al, 2018). There appear to be age-related influences on understanding, and things like attention span can affect baseline scores. Abeare et al (2018) note that this testing is open to an athlete deliberately underperforming at baseline.

Probably used in combination with other measures and with appropriate management, neurocognitive testing may have a place. As it stands these tests are not going to allow us to identify whether someone is concussed or the extent of their recovery.

Impacts: Another logical proposition is that the size and nature of an impact to the head should have a direct relationship to the threshold for a concussive injury to the brain. Again, advances in technology have enabled research progress on this question. Pellman et al (2003), in one of the first such studies, used reconstructions from videos where concussions had occurred. Measuring impact forces on dummies wearing helmets with accelerometers, this study identified a suggested threshold of 70g to 75g for sustaining a concussion. With improved miniaturisation, accelerometers have been placed inside helmets, taped behind players’ ears and used to instrument mouthguards, all with the purpose of trying to associate impact forces with concussion.
One of the leading concussion researchers in this area is Kevin Guskiewicz from the University of North Carolina. One of Guskiewicz’s studies using instrumented football helmets, found that less than half a percent of all the impacts greater than 80g resulted in a diagnosed concussion (Guskiewicz et al, 2007). In a review of impact work Guskiewicz & Mihalik (2011) dispute that a strict threshold for concussion even exists. They noted that concussions can and do occur at impact magnitudes lower than thought and that individuals can endure many head impacts over a season (many exceeding 80g–90g) without sustaining a diagnosed concussion. These authors urge that impact magnitude or locationshould not be used to predict concussions or clinical outcomes.Athletes can endure many high G impacts without sustaining a concussion

At the moment the head-impact–monitoring systems have limited usefulness due to their error rates and poor ability to predict concussive injury. As with the other measurement research I’ve outlined, research in this area will no doubt continue, and measuring impact forces may have its place for helping to explore rule changes and equipment design. However any link between the size, direction, and location of head impacts and concussion remains dubious.

Part 2: Risks associated with concussion, improving our management of concussion (coming next) 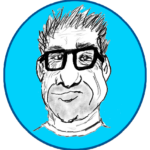 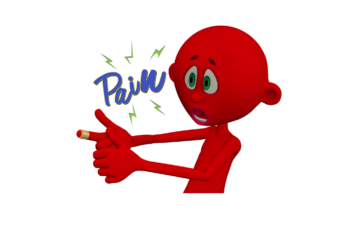 A social side to pain

Although my academic interest in sports injuries goes back a long way I only really started thinking about return-to-play (RTP) practices after attending my club’s 125th anniversary. There I trailed one of my old teammates Read more… 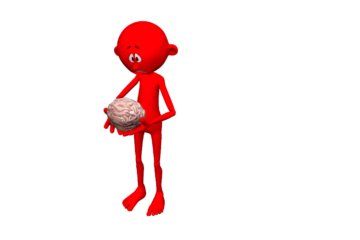 I’ve recently been involved with some research work around concussion in rugby union and the ‘Ryan Crotty’ story has kept surfacing during discussions, with different views coming from different groups of people. For international readers, Read more… 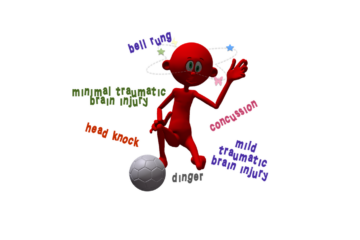 Risks & management “…it’s just over 2 years now and I’m still feeling the effects of it. Lot[s] of headaches, [a] lot of fatigue – really sensitive to bright light. [My] memory is just absolutely Read more…